From July 26 to August 1, over 50 high school students from America, Canada, Germany, Australia, Czech and Japan joined their peers in Guangdong Province to participate in the “2018 Guangdong International Youth Exchange Week”, a six days international exchange program hosted by the Guangdong People’s Association for Friendship with Foreign Countries (GPAFFC) in collaboration with the people’s associations for friendship with foreign countries in Guangzhou, Shenzhen and Foshan, and Affiliated Tianhe School of Guangdong Experimental Middle School.

The program paired the Chinese students with peers from the sister provinces or states of the six nations and encouraged them interact in team building. The students and teachers visited Guangzhou Urban Planning Exhibition Center, EHANG, PCITECH and Guangzhou Leafun Culture Science and Technology Co., Ltd. to learn about Guangdong’s technological development and had a precious face-to-face interaction with Guangdong’s Olympic champions at Ersha Sports Training Center. In Shenzhen, the pioneering city of China’s reform and opening-up, they visited Shenzhen Reform and Opening-up History Exhibition Hall and had a guided tour in Huawei Technologies Co., Ltd. -- one of the leading Chinese enterprises in technology innovation, feeling the purse of a city with full dynamics in innovation and development. In Foshan, they visited Nanfeng Ancient Kiln and Foshan Ancestral Temple, teamed work in pottery making and practiced the art of paper cutting. They also watched the famous lion dance and kung-fu performance, and had a fun hiking race in Mount Xiqiao -- one of the Four Honored Mountains in Guangdong. The home-stay section of the program enabled the foreign students to experience the daily life of local people and the hospitality of the Chinese families

Such interactions further helped the younger generation to better understand each other and form lifelong friendships. It also provided participants with a better understanding of China’s recent development and its esteem for traditions and culture. Against the backdrop of the growing globalization, the program aimed to strengthen people-to-people connectivity between China and other countries with a view to constructing “a community with a shared future” 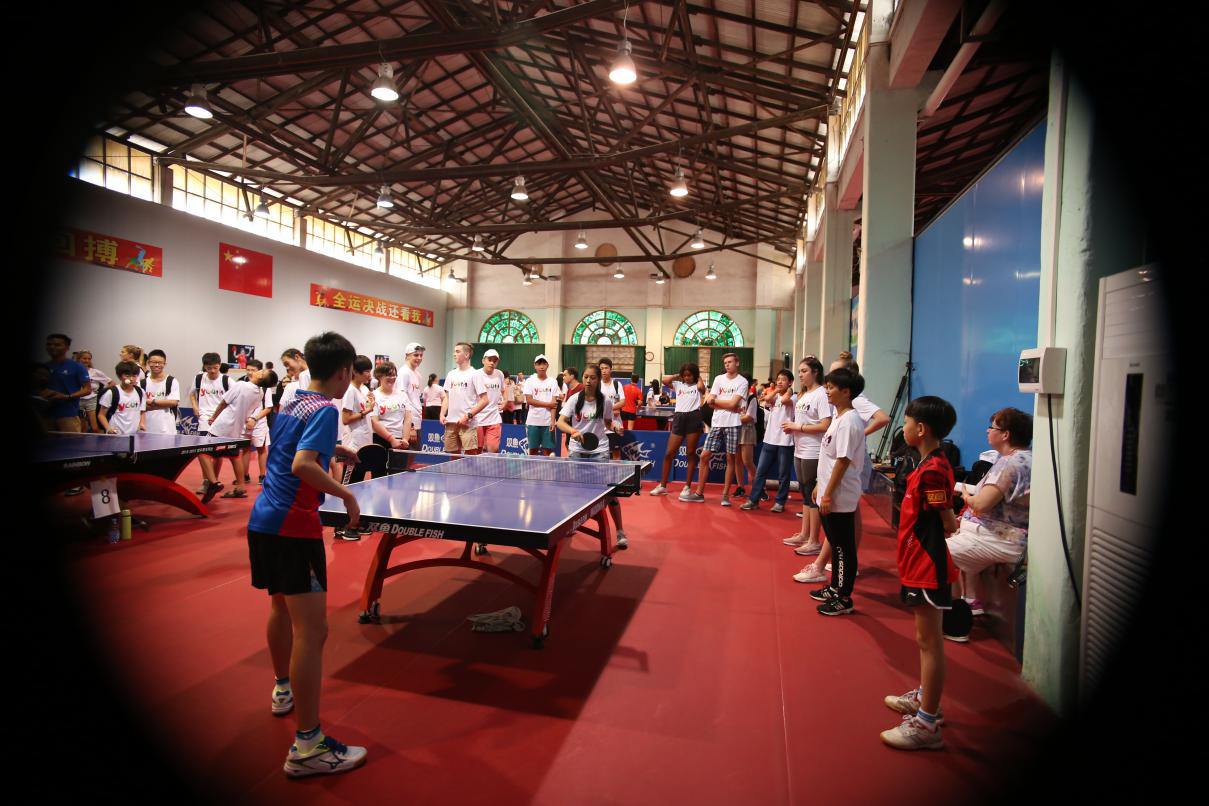 Cang Feng, Vice President of GPAFFC, addressed both the opening reception and the farewell party of the program. He thanked both the Chinese and foreign students and teachers for their genuine engagement in such an exciting program, hoping interactions will lead to better understanding and lifelong friendships. Cang presented the Lingnan Friendship Messenger Certificate to the students and the Lingnan Friendship Volunteer Certificate to the teachers and parent volunteers in appreciation of their work.