On September 4th, the youth from China and Africa jointly planted “friendship trees” in Nansha District, Guangzhou, marking the end of the fourth China-Africa Youth Festival. 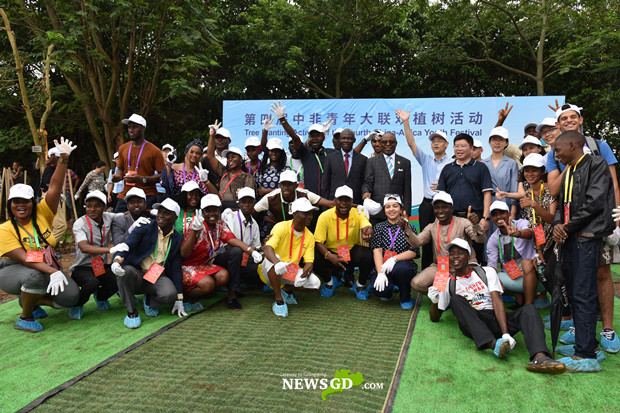 Over the past six days, nearly 100 African youth representatives from 51 members of the Forum of China-Africa Cooperation (FOCAC) participated in many cultural events.The delegation also visited high-tech companies and the site of one of the country’s new industrial poverty alleviation programs in Guangzhou, Qingyuan and Shenzhen.

Representatives from both Guangdong and Africa said that they would carry forward their long standing friendship, strengthen corporation and mutual learning, and contribute to the global community for a shared future.

On September 1st, the youth representatives visited the site of one of China’s new poverty alleviation programs in Qingyuan.

The representatives first visited Lianzhang a village in Yingde. Lianzhang was once a poor village but thanks to the poverty alleviation policies, the villagers’ income has increased significantly. 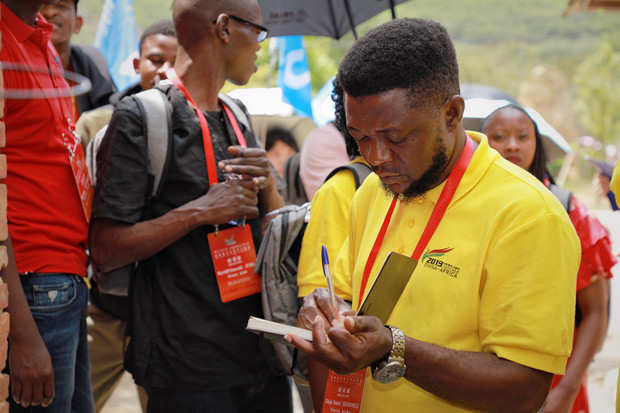 Blooming flowers, shopping streets, and picturesque scenery, the representatives were surprised by these ‘poor villages’ and commented that China’s rural countryside is both beautiful and prosperous.

African representative Paul Kayonga is a reporter from The Republic of Uganda. In his opinion, villagers in Lianzhang are quite well-off. “I hope African countries can also launch similar policies and develop programs to lift people out of poverty and help them earn a decent living”.

Reform and opening-up is worth learning from

On September 2nd, the African youth representatives went to Shenzhen. They visited ZTE, the 40 Years of Reform and Opening-up Exhibition and the Splendid China Folk Village.

Since its establishment in 1985, ZTE has provided innovative technologies and product solutions to more than 500 telecom operators, governments and enterprises in more than 160 countries. Over the past ten years, its accumulated turnover in Africa has exceeded 90 billion RMB, with a total investment of 30 billion.

Tshepiso Gift Magashule from South Africa is the head of a local technology company. He told the reporters that the village he lives in is teaching local middle school students to use computers and access the Internet.

Through this trip, he hoped to better understand China’s technological innovation and bring more new things back to Africa. He admitted that some of this technology still can’t be implemented in Africa, but that it is necessary to build a wireless network to better connect the African continent with the rest of the world.

“This is my first time in China. Many young people in Africa can’t afford expensive WIFI fees. After the visit, I will come back to China with my partners to look for some partnership opportunities”, he said.

Through their visit to the reform and opening up exhibition, African youths learned about the history of the policy. Garba Mamane from Niger believed that reform and opening-up as a national policy would continue to create a positive impact on more cities. He hopes to share what he has learned when he returns to Niger. 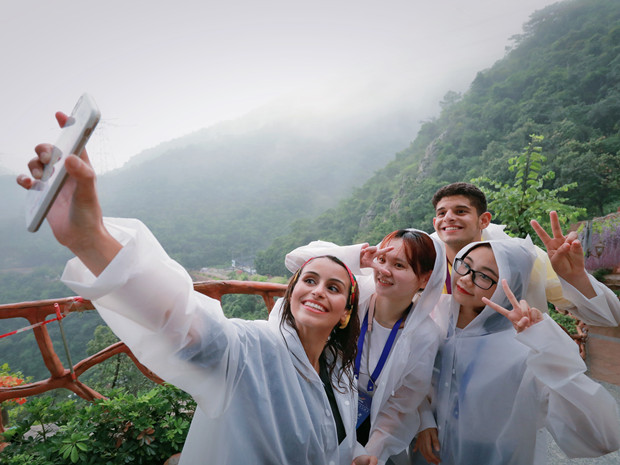 He told reporters that the most impressive part was the targeted poverty alleviation. The policies have brought lots of benefits to farmers, and the Chinese government has provided farmers with a level of protection of their interests. Niger can learn from China in terms of tax reduction, immediately helping to reduce the burden on those most poverty-stricken.

Another representative,, Emilie from Chad through this trip she had gained an understanding of the incredible development of technology in Guangzhou.

Guangdong has witnessed a long history of exchange with Africa. In 1970s, the province sent medical teams to Equatorial Guinea and Ghana, and it’s pioneering approach to combatting malaria mode led to remarkable results in Comoros.