What can be told 71 years after the War to Resist the U.S. Aggression and Aid Korea?

In 1950, the Chinese People’s Volunteer Army entered Korean Peninsula to fight in the War to resist US aggression and aid Korea. They successfully pushed back US troops that had advanced military equipment and protected Chinese homes and motherland. Douglas MacArthur was the commander of US troops in the War. Mario Cavolo is an Italian-American actor who played MacArthur in the TV drama "Crossing the Yalu River". In an interview with Newsgd.com, he shared with us what he thought while playing this role.

“MacArthur was serious about invading China”

In May and September 1948, the Republic of Korea (ROK) and the Democratic People’s Republic of Korea (DPRK) were set up in the southern and northern part of Korea respectively. There were conflicts every now and then in areas near the 38th parallel which eventually led to the outbreak of the Korean War on 25 June, 1950.

After the outbreak of the Korean War, the United States immediately dispatched its troops to invade Korea. It instigated and manipulated the Security Council of the United Nations to adopt a resolution on dispatching a ‘UN Force’ with U.S. troops as the mainstay in the absence of the Soviet representative so as to expand the war in Korea. At the same time, the United States sent its Seventh Fleet into the Taiwan Strait and U.S. military aircraft intruded into China’s airspace, bombed and strafed areas along the Sino-Korean border.

Cavolo believes that MacArthur was serious about invading China. This is one of the reasons why China should dispatch soldiers to North Korea - to protect Chinese people. Another reason was that China wanted to help Korea fight against the unjust incursion of foreigners led by the US. But what’s known to Americans is another story. “I only knew that story that every American knows. Very simple straight story. The North Koreans are the bad guys and they attacked South Korea and we have to go help. I did the research and I found out what was really going on and it's a very different story.” Cavolo said.

“The only way we can avoid larger wars happening again, is by not taking the first shot. " Cavolo added, “China is doing and has been doing for many decades.” 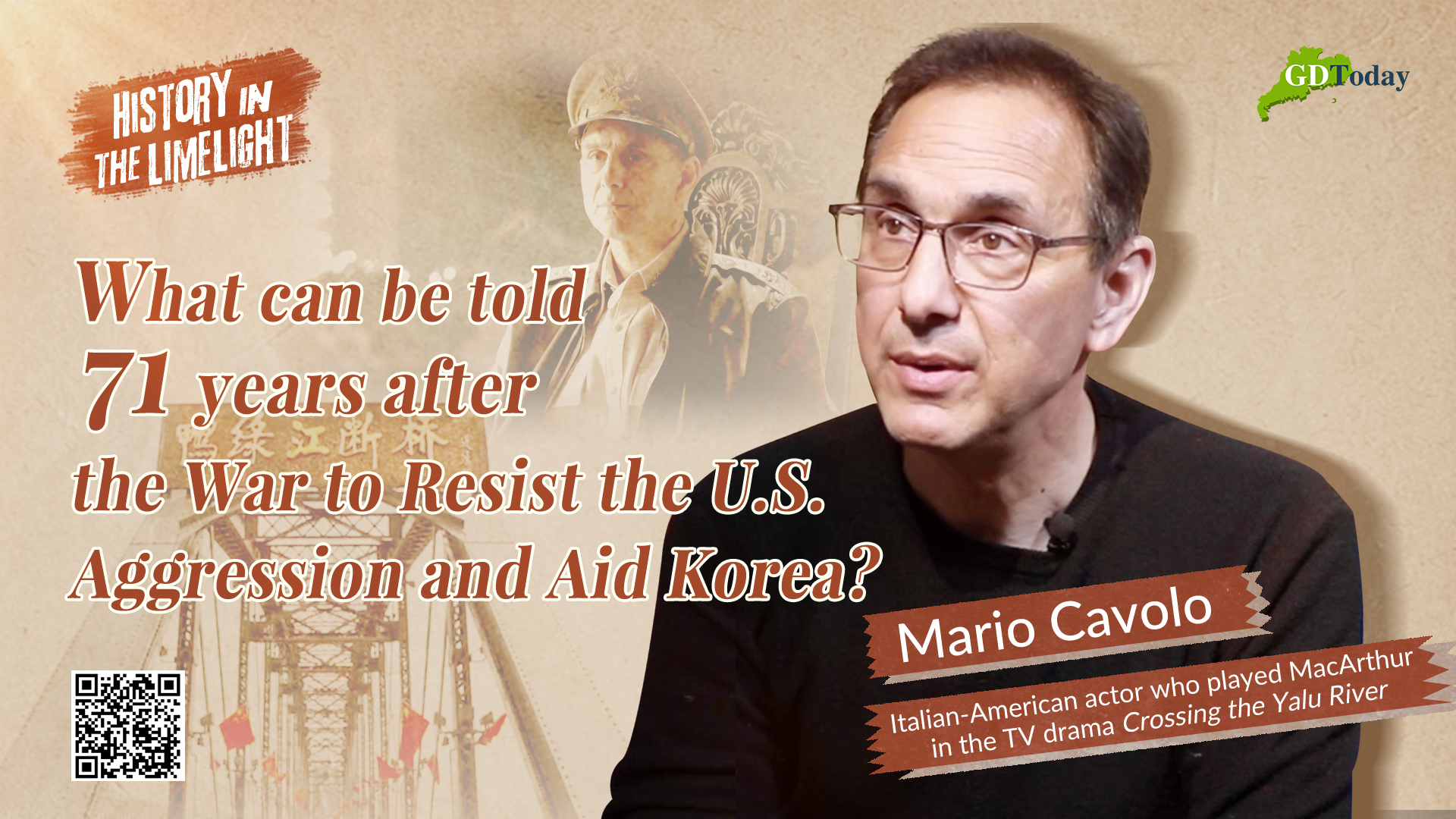 In addition to being an actor, Cavolo is also a writer and a speaker. He wrote three books in which he aims to tell the world the truth about China. Having been living in China for 21 years, Cavolo believes that the Chinese government has been very effective in providing a stable society and infrastructure for households living in China, and treating all people fairly. Last year, one of his articles Something’s not right here, folks went viral on the internet.

His family in Shenyang, like most Chinese families, care for each other, work hard and live a simple life. When talking about his life in Shenyang, he mentioned how the Korean and Japanese communities there made the culture of Shenyang more diversified.

“This is your generation”, it’s a line that Cavalo would always use in his keynote speech to Chinese audiences. He wants to tell the audience to appreciate it and realize how amazing it is. “We have a buzzword which is the rejuvenation of China but some politicians in the West don't like this. I think they need to start looking at that in a positive way, rather than as a threat”, said Cavalo.