On February 6, Vice Governor Xu Ruisheng was invited to attend the National Day reception hosted by the Iranian Consulate General in Guangzhou.

Khalil Shirgholami said that as the Iranian Consulate General in Guangzhou he will continue to promote exchanges between Iran and Guangdong and explore more opportunities for cooperation in the fields of economy, culture, science and technology, tourism and academics. 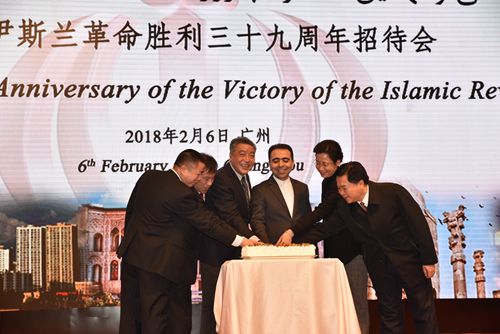