On February 28, Governor Ma Xingrui met with the Hong Kong Consular Corps led by Commissioner Xie Feng, Office of the Commissioner of the Ministry of Foreign Affairs.

Governor Ma Xingrui welcomed the delegation on behalf of CPC Guangdong Committee and Guangdong People’s Government. He pointed out that Guangdong-Hong Kong-Macao Greater Bay Area is a national strategy outlined, arranged and promoted by General Secretary Xi Jinping. Guangdong regards the construction of the Greater Bay Area as an important opportunity for the province to promote reform and opening up in the new era, with the utmost resources mobilized to develop. On February 18, the Outline Development Plan of Guangdong-Hong Kong-Macao Greater Bat Area was officially promulgated. It is hoped that the Consular Corps in Hong Kong pay more attention to and support the development of the Greater Bay Area, and seize the important opportunities brought by the development of the city cluster in the region. Actions should be taken to deepen the cooperation between each country and the Greater Bay Area in various fields such as economy, trade and investment to achieve mutually beneficial and win-win results.

Commissioner Xie Feng said that the visit deepens the delegation’s understanding of Guangdong-Hong Kong-Macao Greater Bay Area. It is hoped that foreign consulates, chambers of commerce and media in Hong Kong will give full play to their role as the bridge, and seize the opportunities for cooperation to deepen the cooperation between each country and the Greater Bay Area. 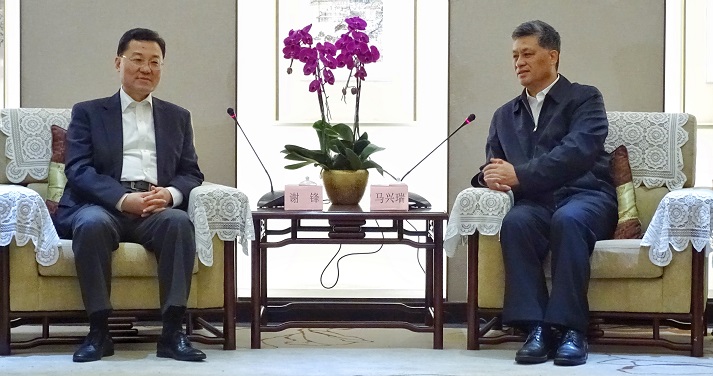