CG of Turkey in Guangzhou: we will provide more help if needed

On February 13th, Kurtulus Aykan, Consul General of Turkey in Guangzhou, had a special mission to deliver more than one ton of medical supplies to China Post at Guangzhou Baiyun International Airport. 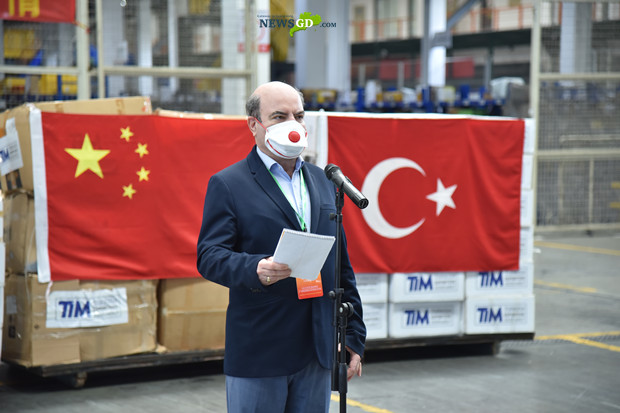 This is the second donation from Turkey and is expected to arrive in Wuhan, the center of the coronavirus (COVID-19) outbreak a day later.

“China is not alone in the fight against this evil epidemic,” the Consul General stressed in the interview with Newsgd.com. “we will always be ready to help our Chinese friends to overcome challenges during this difficult time. ”

“A friend in need is a friend indeed.” Hua Chunying, spokesperson of the Ministry of Foreign Affairs of China, remarked at a press conference on February 3rd. She sincerely thanked all of the 21 countries that have aided China when it is in urgent need of medical supplies.

“Turkey always stands by our Chinese friends,” Aykan stressed through an open letter issued on February 11th. “We will stand in solidarity with China in fighting against the virus. ”

Being one of the first countries to support China, Turkey sent 1000 biohazard suits, 93,500 filtered masks and 1000 disposable protective coveralls to Wuhan on January 31st soon after the outbreak. The Consul General indicated that this is the work of the Turkish government, Turkish Embassy in China and many different NGOs. 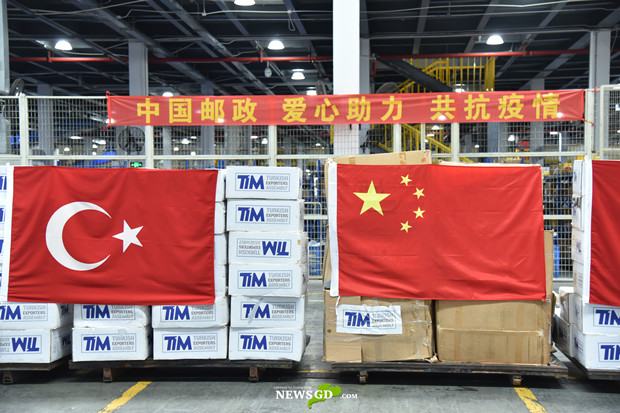 “We did not forget China’s aid after the 1999 earthquake in Turkey ,” Aykan said. “We are returning the precious aid you extended to us in our difficult time.”

“Disasters remind us that there is not a single country and there is no ‘you’ or ‘I’ but only ‘us’ in the face of a common threat to humanity.” The Consul General indicated.

As for the South China region, Kurtulus Aykan said the Turkish Consulate General in Guangzhou is also actively helping the Guangdong authorities in the prevention and control of the coronavirus outbreak.

The Consul General proudly introduced the ‘Southern China Turks Crisis Management Team’ which comprises 499 active members and different supporting groups. “The team is instrumental in shedding light on very important issues to fight the epidemic in the region and will be ready to help our Chinese friends to overcome this critical challenge.”

In addition, the Consul General highly appreciated the Guangdong authorities’ efforts in taking strong and timely measures in epidemic control and calming the public.

“Now when I go out, I see people with face masks and taking all kinds of personal precautions,” Aykan indicated, “but they are confident in walking and shopping necessities instead of panicking.” 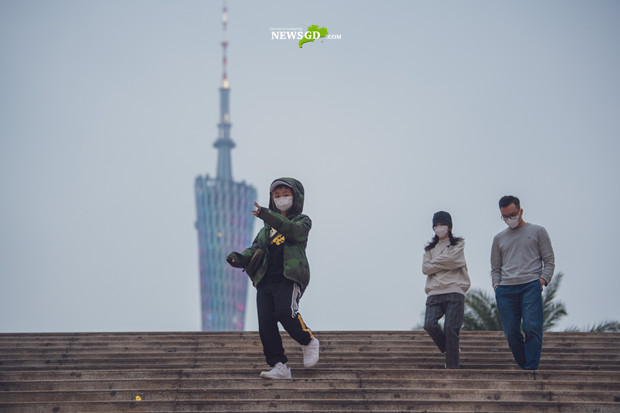 The Consul General indicated that timely information disclosure and transparent information sharing is very important from the early days of the epidemic. In his opinion, this is the most successful measure that the government has taken so far.

Apart from the press conference organized on a daily basis, the Guangdong government has adopted a grid management mechanism, which aims to reach every resident living in the province. As of February 11th, Guangdong has enlisted more than 170 thousand government officials and social workers to enforce information collection, roll out suspected cases and provide relevant guidance, covering all of the nearly 26 thousand individual communities.

“Behind the curtains, we know how Guangdong government is working hard to assist all local people and foreigners living in this region in dealing with the epidemic,” said the Consul General, “I would like to express my gratitude to the government and related departments for the timely updates of information about the epidemic and providing assistance to foreigners in Guangdong.”

With all these efforts, Kurtulus Aykan believes China will contain the outbreak and eventually wipe it out, and Chinese economy will soon recover after the impact of this outbreak. Turkey, as one of the key countries within the Belt and Road Initiative will play its part in supporting China to overcome these difficulties.

“We firmly believe that the friendship and cooperation between the two countries and peoples will continue to increase after the fight against this virus is won.”

Zoey Huang also made contribution to this story.